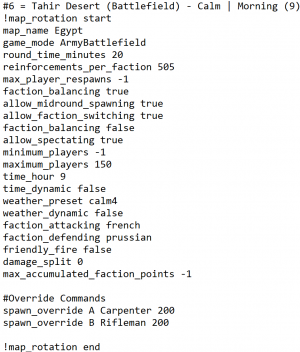 The location of where the Weapon Rack will be spawned onto the map using x, y, and z coordinates