» Players are now once again able to gather score contributing towards their leaderboard standing and soldier rank whilst playing on the Official Naval Warfront servers.

» Toggling off horse-related effects will also disable audio related to horse movement. We want to look into this in a future update.

» Game servers running below 60 FPS will result in delayed melee combat, shooting and interactions irrespective of the player's ping.

» Issue 10 instances of the above command during gameplay and if it shows that your server’s framerate was constantly below 60 FPS, you should expect melee combat amongst other mechanics within the game to be delayed.

» An additional tip is now present in the game informing players of this mechanic.

» You can control horse-related audio through a slider from the game’s settings.

» It increases your chances of surviving shots from firearms at longer distances by diminishing the damage dealt while standing in formation.
» Should your shot find its way to an enemy player also standing in line, the diminishing effect will not apply. Line versus line engagements remain just as deadly.

» Amended the ‘Rank & File’ ability to include the following descriptive text - ‘You gather additional score for maiming or killing someone while standing in line.’

» This is in addition to the buff they provide which improves reload speed.

» Introduced an additional entry point to the left of the fort.
» Factions now spawn to either side of the fortification and must make their way to the fort where the battle ensues. One faction no longer spawns inside the fort when the Army Battlefield game mode is playing.

» Increased the health points for the fort doors leading to Fort Salettes allowing the defenders more time to mount their defence.
» Ladders on Fort Salettes must now be carried and raised adjacent to its walls. You’ll no longer find them pre-placed.

» Score you've gathered during a round with a specific class will accumulate and contribute towards advancing your soldier's rank.
» Unique medals are awarded every 5th level.

» You can disable this hint through the game options - ‘General Hints’.

» You still retain your progress in the leaderboards with these classes as the bug was specific to the end of match user interface.

» Musician tunes can now be separately controlled through the ‘Musician Song’ audio slider.

Gallop away gentleman as tides of glory await! Ride into battle with your trusty steed and engage the enemy from horseback with the new Hussar, Cuirassier and Dragoon classes. Come have a read of our blog post as there’s plenty more to look forward to in this much-anticipated major update release. 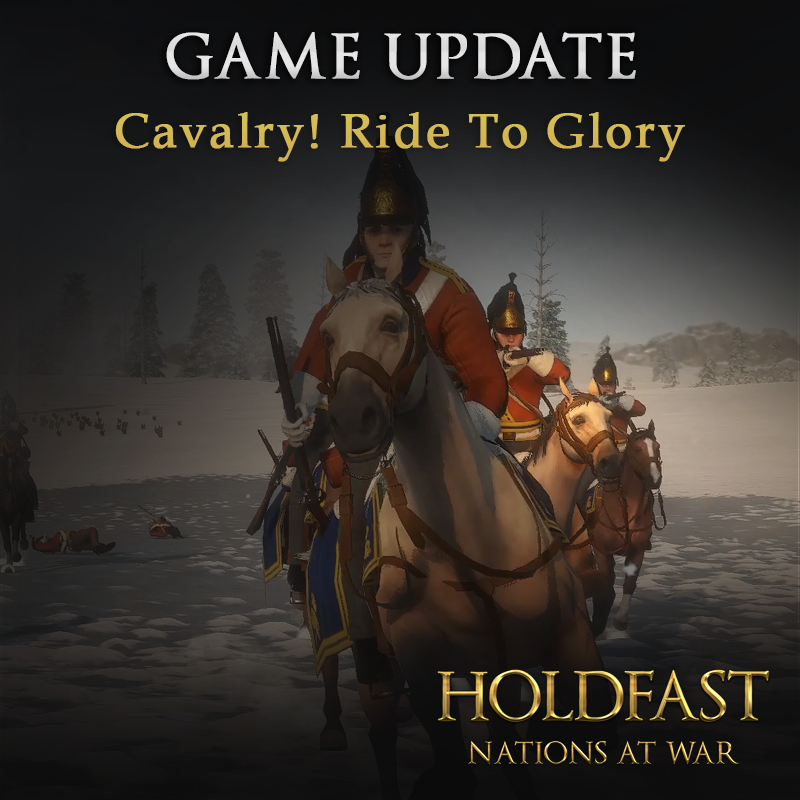 Before you do so, as is well deserved of all this mounted goodness, there’s a new trailer for your viewing pleasure.

Have your pick at one of these well-dressed cavalrymen. Sporting a rather flamboyant uniform won’t come of much use in the field of battle but their increased damage with swords while riding on horseback and increased speed will certainly come in handy while playing this class.

Discharge your pistol at the general direction of the enemy, equip your sword and charge away. 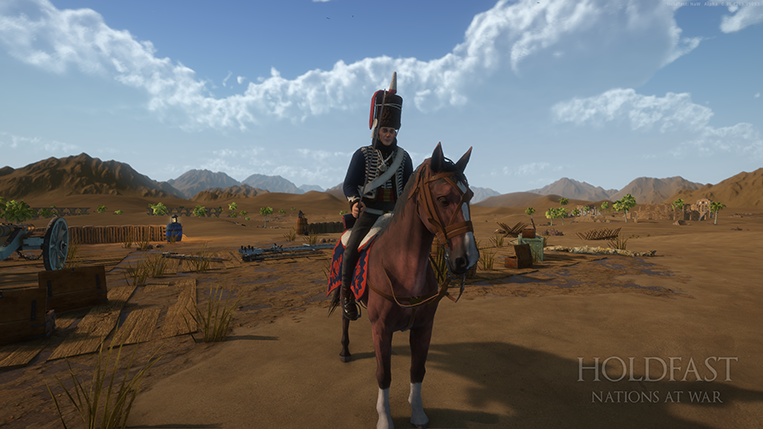 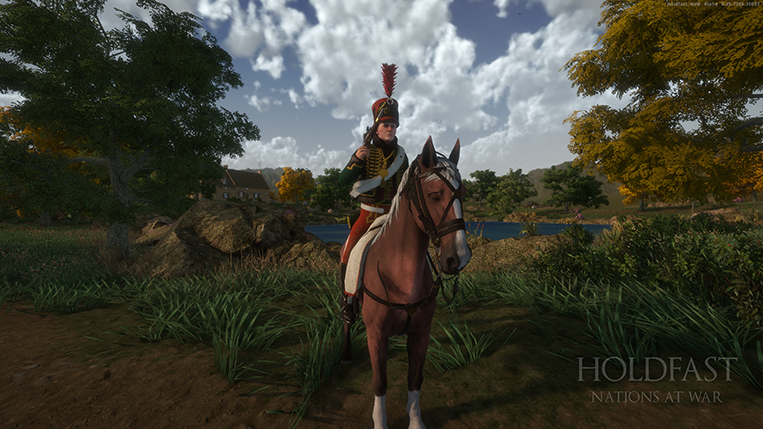 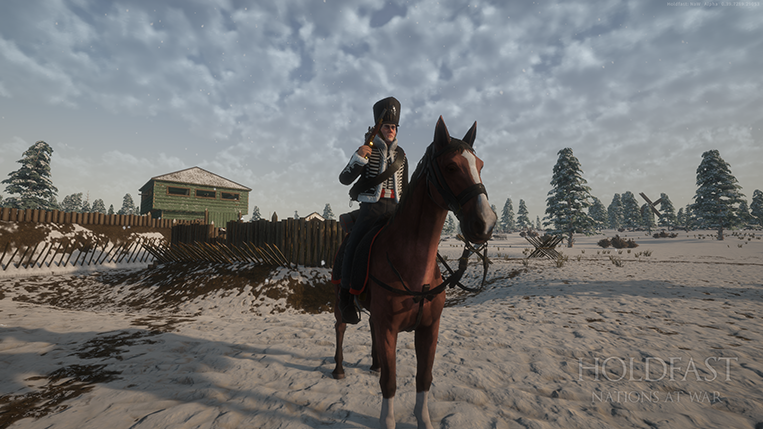 Horseback Riding - Trained in the art of horseback riding. You are able to mount and ride glorious steeds of war.

Skilful Rider - Well-versed in the art of horseback riding. Your speed while riding a horse is increased by 10%.

Carbineers on horseback. These units excel at the use of this firearm while mounted and combined with the versatile mobility their steed provides, they can quickly traverse the battlefield, take careful pickings of the enemy and retreat back in support of your lines.

Well trained Carabineers can excel just as much as a hussar in melee combat albeit the advantages traits provide. 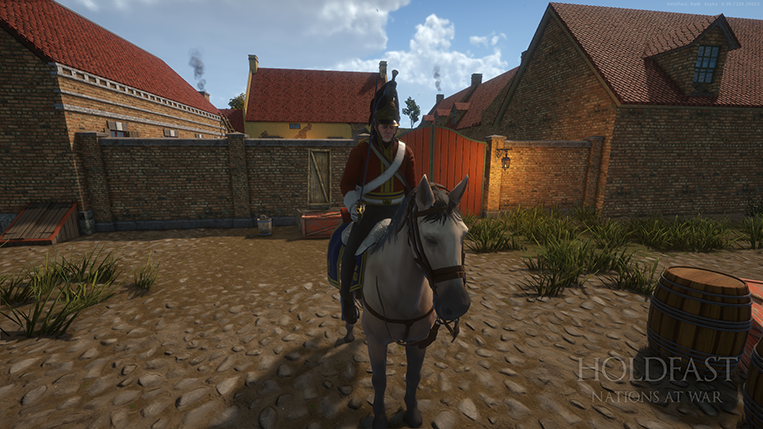 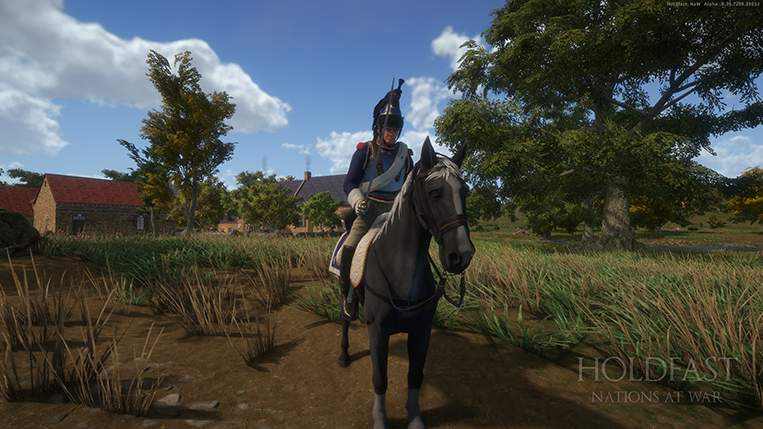 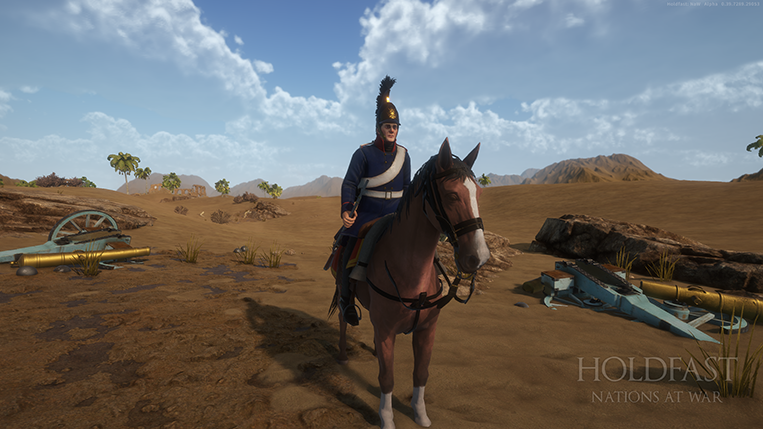 Horseback Riding - Trained in the art of horseback riding. You are able to mount and ride glorious steeds of war.

Mounted Firearm Specialisation – Experienced with the use of firearms while on horseback. Your damage when firing pistols and carbines from horseback is increased by 10% and accuracy by 10%.

Master the art of horseback riding as those brave gentlemen once did. You’ll have a much easier time doing so should you give a quick read to what’s going to follow. Mounting, dismounting, putting your steed on the gallop, firing from horseback and various other aspects related to combat.

Let’s get to the riding now, shall we? Hussars, Cuirassier and Dragoons all spawn readily mounted. Once you’ve had your pick at one of these classes, you’ll find yourself on horseback. Holding the ‘W’ key will take the horse from one gait to the other gradually building up its momentum. An indicator to the left of your steed’s health bar will reflect the pace at which the horse is moving.

Pressing the ‘Shift’ key once your steed reaches a full gallop, will take it into a sprint further increasing the speed at which it travels. While the horse is at a sprint, your movement on horseback will be limited as you grab tightly of its reins. Tread carefully as this can place you at a disadvantage when engaged in battle since you can only strike forward and cannot make use of your firearm.

Should you need to make a turn, press the ‘A’ key to go left and the ‘D’ key to head right.

Horses travelling at a slower gait can alternatively toggle and go into strafe mode by hitting the ‘Z’ key. Your steed will consequently move to the left or to the right at the press of the ‘A’ or ‘D’ keys. You’ll find no excuse to neatly dress the gaps and keep in formation. A regiment must uphold its reputation.

Slowing down is at times key to ensure your survival. You can do so by pressing the ‘S’ key. Should this key be held long enough, your steed will start moving backwards at a slow pace.

Holding the ‘Ctrl’ key will similarly reduce the horse’s speed. There’s one key difference however, your horse will not go backwards after it reaches its lowest speed and instead come to a halt.

Make your way over smaller defensive emplacements and fences by jumping with your steed while on horseback. Carefully time your jump and press the ‘Space’ key at the right moment.

It is not a simple feat to handle these beasts but you’ll get used to their ins and outs as you go by. Practice makes perfect.

Swimming While On Horseback

Go for a swim all the while remaining mounted. Controls here remain as usual but you are unable to engage in combat.

Spotting a Chevaux De Frise reaching ever closely? Should you find yourself in a pickle, firmly hold the ‘F’ key and pull on your horse’s reins. This will rear the horse and bring it to a complete halt.

Hitting this defensive emplacement will kill your mount and diminish your health points as you fall from horseback.

Instructed to fall in line? You can dismount from horseback by pressing the ‘E’ key while your horse is going at the slower gaits.

Mounting Back On Horseback

Keep your steed at a safe distance as you never know when the need arises to climb on horseback once more. Press the ‘E’ key while looking at your horse, mount and get going. Riders that have met an unfortunate end will leave their horse ownerless. Should you find yourself dismounted, try to mount another.

If you favour the Hussar class, you’ll find yourself engaged in combat up close and personal more so than often. Equip your Sword by scrolling to the relevant weapon or pressing the ‘3’ key, move your mouse to your desired strike direction and stab or slash away at the enemy.

If you have yet to release your strike, you can cancel and switch to another by holding the ‘Right Click’ mouse button.

Carbineers make use of their firearm on horseback as you would whilst playing an infantryman. Hold ‘Right Click’ to aim, press ‘Left Click’ to fire then ‘R’ to reload.

The speed at which you travel on horseback will be restricted to the slower gaits whilst reloading.

Horses are mighty beasts! Blocking their path is of little to no use and you’ll find yourself injured or killed in the process. Horses travelling at a faster gait will deal greater damage to those unfortunate infantrymen.

Should you be enough in good favour to remain alive after the fact, you will no longer have your weapon equipped. Wait a short while to come to your senses after the knockback and equip your weapon using the scroll wheel or number keys.

Looking for a good bunch of fellows to play the game with? Do join our Discord! Linebattle events where players are encouraged to play in formations relevant to the Napoleonic era are hosted by the community through the week. Discord is also a great place to be to stay in touch with the game’s development. Feedback is always greatly welcomed.

If you’re a fellow in the ranks of a regiment, go declare your enlistment. Through this, you can gather access to the ‘Field Camp’ where regimental specific discussion ensues. We look forward to seeing you there! 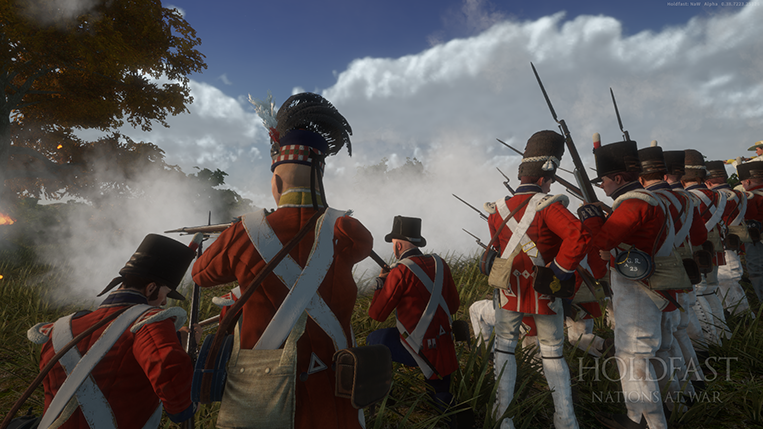 There’s more to look out for in this major update! Additions focused towards gameplay balance, quality of life improvements, performance optimisations, administrative tools, plenty of bug fixes and more.

Take a look at the changelog for all the details.

» Hussars, Cuirassier and Dragoons spawn readily mounted.
» Line Infantry Officers are able to mount and issue commands all the while remaining on horseback.
» Press ‘Shift’ to sprint when at full gallop and the ‘F’ key to instantly halt a horse.

» Adjusting a player’s volume will persist through rounds.
» You’re now also able to ramp up and boost the volume of those low-sounding players.

» A cavalryman's horse is immediately despawned if the cavalryman respawns. The horse timers only kick-off when the horse's original owner dies. Once the original owner dies, if the horse is no longer mounted by another player, the below conditions will kick in.
» rc set secondsToPassAfterDismounted - Defines the required time for when a horse gets despawned after a cavalryman dismounts or is killed.
» rc set secondsSpawnedBeforeDespawn - Defines the time a horse needs to have been alive before it gets despawned.
» rc set secondsToPassAfterHealthUpdated - Defines the time required to pass before a horse is despawned after it has been damaged. If the timer was at 5 seconds, it will reset back to the defined time.

It has been an utmost pleasure developing this update, delivering on yet another promise prior to our release on Early Access. Months of hard work were had leading to the glorious introduction of cavalry units in Holdfast: Nations At War.

We would like to extend a heartfelt and personal thanks to all of those good chaps that joined us in our testing and shared with us their feedback. The same goes for all those members within the Holdfast community that patiently partook in the filming of the trailer.

Once again, we thank you for your support and until next time may good health be yours.

Go forth now and ride you beauties, ride!