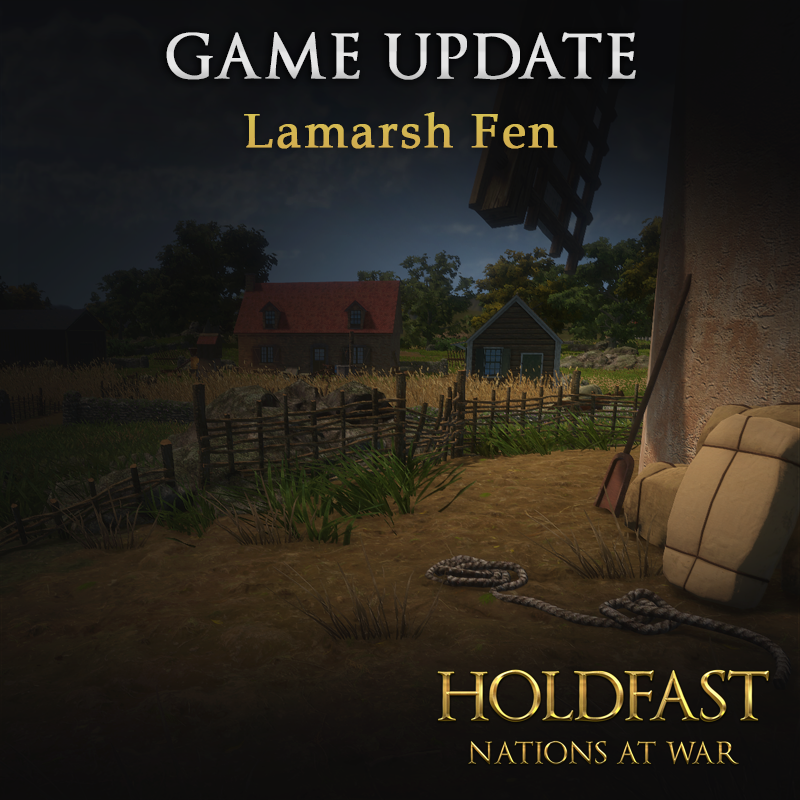 Present and playable with the latest game update, you will find two new maps to sink your teeth into on the Army Front rotation. Lamarsh Fen is designed to encourage and promote action-packed engagements as players can quickly get into the fray. Capture and hold key positions on the Army Conquest game mode or co-ordinate assault on Army Battlefield. 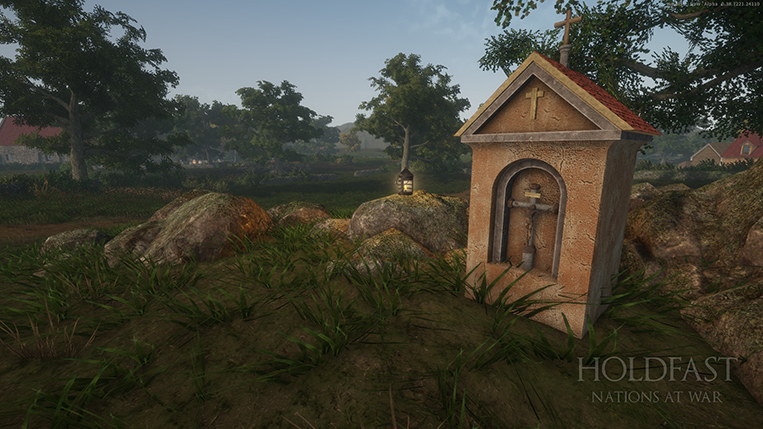 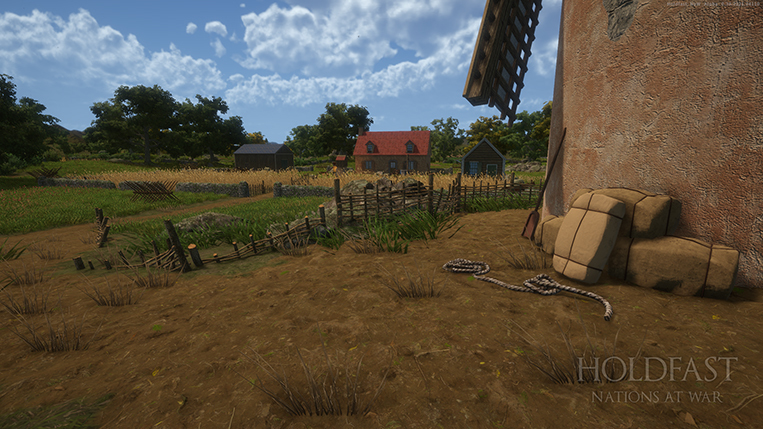 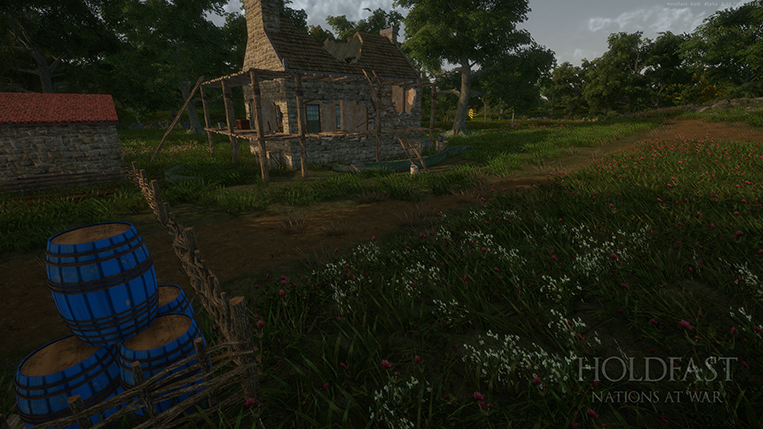 Causeways is making a comeback. Long-time followers of our on-goings may keenly remember that a concept for this level was undergoing BETA testing but didn’t just make it to release due to its sheer size. We’ve gone back and revisited the map to bring the engagement closer. 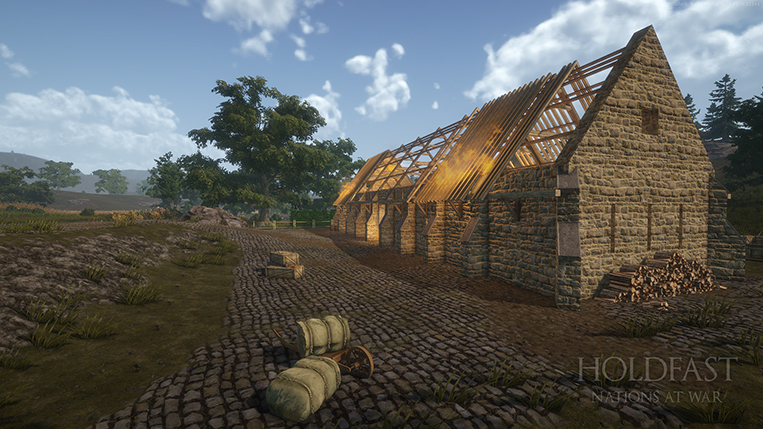 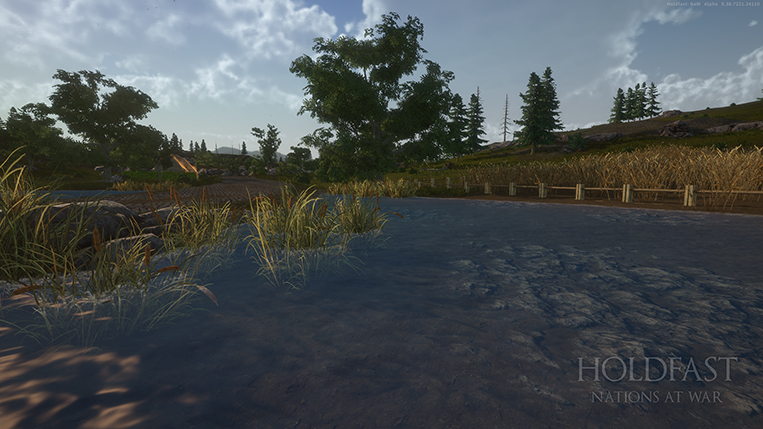 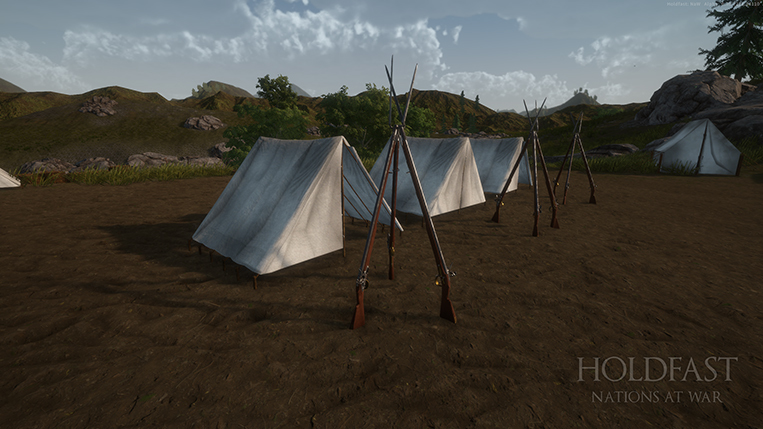 In support of niches within our dedicated community, we’ve expanded the selection of available languages to Polish, Italian, Czech as well as Dutch. Existing languages have also been revisited to improve upon their translation. Our sincere thanks go to all of those who supported this community-wide effort! 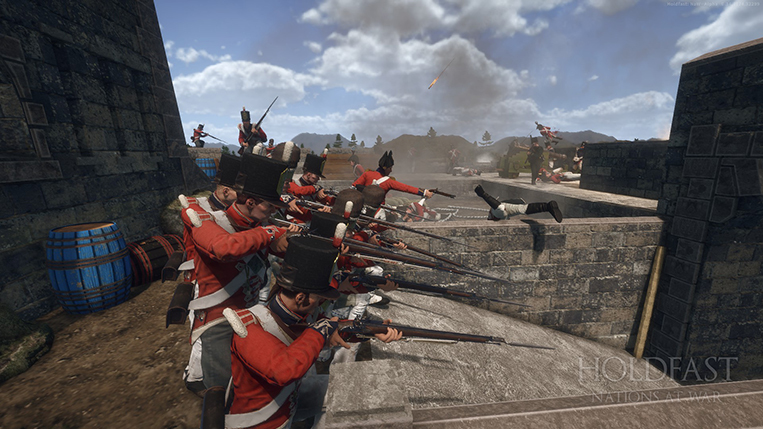 It won’t come as a surprise to many but we are indeed gearing up for the much-anticipated cavalry release! They will be seeing an introduction in Holdfast: Nations At War with the next major update.

It is quite the undertaking for our rather small development team and there's a lot that needs doing but our sights are still set on releasing the update this year and to this date, things are still very much on schedule.

Here’s a little something for your eyes to feast upon. 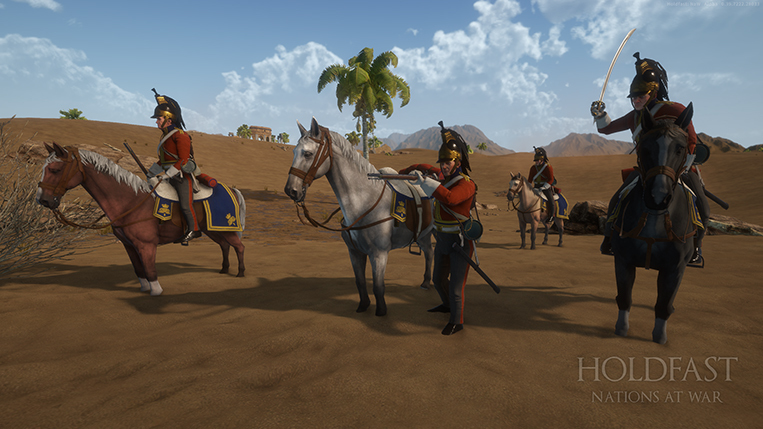 » Input the following parameters to play these maps on your community server: map_name lamarshfen and map_name causeways

» You must always log in as an administrator first before issuing a remote command.
» rc <Command 1>;<Command 2>;<Command 3>;...
» rc broadcast Form a line!; set characterRunSpeed 5

» You may need to restart Steam to be able to view this new addition.

» For these older cards, the terrain will appear to be white once launched using an older DirectX. We will push a fix towards this in a future update.
» If you’re still experiencing issues with crashes upon clicking the spawn button, please be sure to make this known to us on the #bug-reports channel on our Discord.
» https://discordapp.com/invite/holdfastgame

please be sure to make this known to us on the #bug-reports channel on our Discord.

» You can view the leaderboards by clicking the button present on the main menu or by pressing the ‘Esc’ key during a match.
» Expand the leaderboard to show the top 100 fellows by pressing the arrow button next to each class.
» Class-based leaderboards are respectively split into 'Class' and 'Melee Arena'. You will only be able to better your standing in the 'Melee Arena' leaderboard by playing on the respective servers.
» You require a minimum of 10 players on the Army Front servers for your score to contribute towards bettering your leaderboard standing or soldier rank advancement. Naval Warfront servers only require 6.

» You can view the ranks of your soldiers through the leaderboards.

» Make use of the following command: get details

» You will now be accordingly informed if Steam isn’t running before launching the game for instance.

» Input the following parameter on your community server to enabled or disable this functionality: friendly_fire_melee_bounce true or false

» Have a go yourself at all of the classes and see which ones you like best. There’s plenty to go over!

» Officers are able to issue the following orders: Form Line, Make Ready, Fire, Fire At Will, Crease Fire, Charge, Break Rank & Follow and Reinforce.
» You can disable orders by inputting the following command per map rotation in the server configuration file: class_system_orders false

» Holdfast: Nations At War now features over 35 melee weapons and firearms.
» Carbines have also been added to this very selection in this update.
» Ramrods now make part of the cannoneer’s melee arsenal.
» Administrators should amend their weapon overrides in the server configuration file to match the new inputs listed on the Wiki as the weapon system has undergone a complete rework.

» Fires and the smaller variant of the chevaux de frise similarly deal damage as well.
» The placement of player-built defences has also received some much-needed polish.
» Earthworks can be raised higher providing for greater cover.
» Facilitated the placing of sandbags on earthworks.
» Defences can be built closer to one another.
» Gabions no longer provide cover for firearms unless fully built.
» Multiple issues with objects jittering prior to their placement.
» Improved the visual identification for when an object cannot be placed due to an obstruction.
» Reduced the carry cooldown of explosives to 3 seconds.

» Surgeons will finally receive a score for their good deeds. Healing another while playing with this class will gather you score pending on the health that has been replenished.
» Assisting with the loading or ramming of ammunition in artillery pieces will too receive additional points through assist kills should the shot hit its intended target.
» Officers receive a score for successful kills by those in the rank and file.
» Players will also be rewarded with some points when healed.

» Windows now shatter if hit by projectiles from firearms or stricken by a melee weapon.

» Have a look at our Wiki[wiki.holdfastgame.com] for more on how to spawn this object.

» Have a look at our Wiki[wiki.holdfastgame.com] for more on how to make use of this new functionality.

» Have a look at our Wiki[wiki.holdfastgame.com] for more on how to make use of this new functionality.

» Input the following parameter to play this map on your community server: map_name balamorbay

» Ships and boats will also respawn shortly after they’re sunk enabling the crew that lost their vessel to join the round. Having to wait for the next round to join in the battle is now a thing of the past.

» Input the following parameter to play this map on your community server: map_name causeways

» Upwards to 30% damage of the overall ship’s health will be dealt if the stern is destroyed.

» Each and every naval vessel sails differently from one another. Learning your way through their strengths and weaknesses will significantly improve your chances of staying afloat.

» This score is calculated based on the damage dealt by crewman manning the guns so Captains will also be rewarded for assisting with sinking an enemy vessel.

» Cooldown will be reduced to just 5 seconds if the ship is sinking.

» The numbers on the sail groups represent pressable hotkeys to raise or lower them. Once again, be sure to lower your square-rigged sails if you have no choice but to manoeuvre against the wind.

» Several setting to adjust the yaw and pitch speed, as well as sensitivity, can be found in the ‘Game’ options.

» This occurred due to several inefficiencies with how a third-party plugin functioned.

» Most of these commands are used for development proposes but can also prove useful for events or other roleplay scenarios.